AfriForum this year tested the water of various towns in the Gauteng to determine the quality of this town’s drinking water (blue drop status) and sewage water (green drop status).

“We could determine that the drinking water in the following areas complies with the minimum standards and does not contain harmful bacteria. AfriForum will continuously test the water quality because residents have a constitutional right to clean drinking water,” says Dewet Ungerer, AfriForum’s District Coordinator for the East Rand.

These results indicate that the drinking water of all the towns of Gauteng that were tested, is clean. 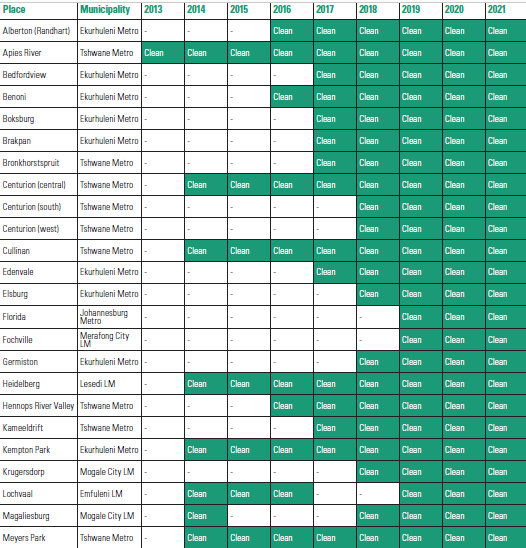 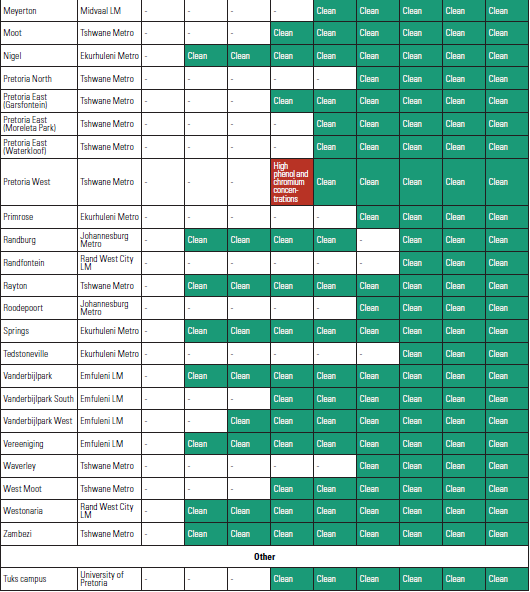 According to AfriForum’s green drop results, 11 sewage treatment plants that were tested do not comply with the prescribed microbiological standards. 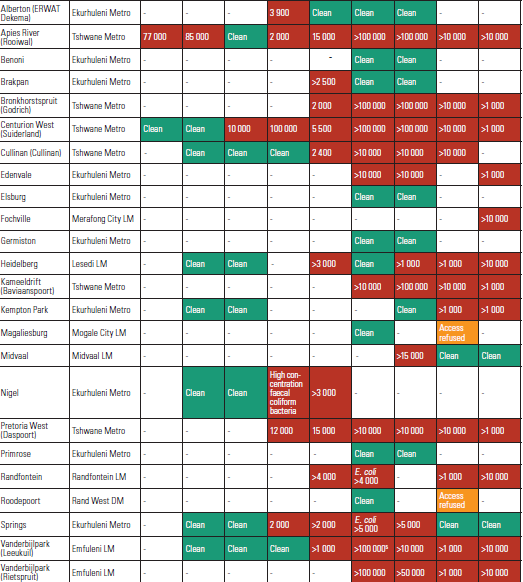 The civil rights organisation voiced its concern over sewage treatment plants in the municipalities that do not comply with the prescribed standards, as seen above. “We will further investigate the non-compliance and act where necessary,” says Ungerer.

“AfriForum’s national blue and green drop project focuses on the state of drinking water and sewage treatment plants in towns. This project does not necessarily focus on the condition of the plant itself, but rather on the quality of the water that is supplied after this process as the end product in the form of drinking water and treated sewage water,” concludes Ungerer.

AfriForum requests the DWS every year to compile a blue and green drop report and welcomes the fact that the Department earlier this year announced that it will again compile their blue and green drop report to determine the water and infrastructure quality of the country. As soon as the Department publishes their report, AfriForum will carefully work through and monitor it.

As the custodian of water, the Department does not fulfil its obligation to enforce legislation when municipal authorities are the guilty parties. It is of the utmost importance that we continue to test the quality of drinking water and treated sewage water. We have to protect this vital important source.

AfriForum requests residents of Gauteng to give this organisation a mandate to continuously monitor the water quality. SMS “Clean water” to 45340 (R1) and support this action.

No Brackenfell teacher will be suspended

News: Post Office and other state companies ask for R10 billion in bailouts

EMPD officer gunned down during shoot-out with ‘illegal miners’