Cliff Simon, best known as the villain Ba’al on Stargate SG-1, died March 9 in Topanga Canyon, Calif, according to his wife, who posted the news on Facebook. He apparently was involved in a kiteboarding accident, she said.
In the note addressed to “Friends, family and fans,” Colette Simon said, “It is with unimaginable heartbreak that I am sharing with you that my beloved husband, Cliff Simon, passed away at 12:30pm on Tuesday March 9, 2021. He was at Topanga Beach, California and sadly passed away after a tragic kiteboarding accident.
“He was known to most of you on this page as the villain you loved to hate, Ba’al, from Stargate SG-1. But as he said, “acting is what I do, it’s only a part of who I am.” And he was SO much more – a true original, an adventurer, a sailor, swimmer, dancer, actor, author. There is a gaping hole where he once stood on this earth. He was loved by too many to mention and had a great impact on so many lives. He was an amazing and much loved brother, uncle, nephew, cousin and friend.” 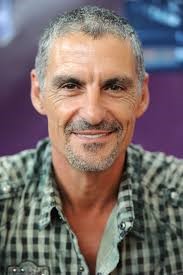 His wife added, “A small saving grace to this tragedy is that he was doing one of the things he loved most and passed away on the beach near the water, which was his temple.

Born in South Africa, Simon was a veteran actor and the author of the book Paris Nights My Year at the Moulin Rouge.

On his return to South Africa, Simon pursued his stage career as an actor. Whilst studying drama, Simon secured himself a modelling agent and enjoyed success in ramp, print and television commercials. Simon received recognition as a model in South Africa and was asked to enter the Mr. South Africa talent and action man competition. On winning this competition in 1992, Simon was offered an audition on a successful television series, Egoli: Place of Gold. After guest starring on the show for three months, he accepted a permanent contract for a lead role in the show, which he continued for six years.

Simon qualified as a swimmer for the British International Olympic squad in 1984 as a swimmer. He was offered scholarships to continue his athletic career, but the grind got to him, and he decided to enter the South African Air Force.

A chance meeting at a resort hotel led to him performing as part of a troupe in various stage productions, ultimately leading him to the Moulin Rouge in 1989.

Moving to Los Angeles, he landed a guest star role with Don Johnson on the hit TV series,‘Nash Bridges. A short time after that, he acquired the guest star recurring role of Ba’al on Stargate SG1′. The character was popular with fans and enjoyed a five-year recurring run. He also played Ba’al in the Stargate SG1 movie, Continuum, ‘which was released in 2008.

His other roles included recently hosting the Into the Unknown series for Travel Channel and appearances on NCIS, Castle, Days of Our Lives, and 24, among others.

No information was immediately available on survivors or memorial plans.

Khoi, San and Nama languages now part of curriculum along with a Grade 9 certificate